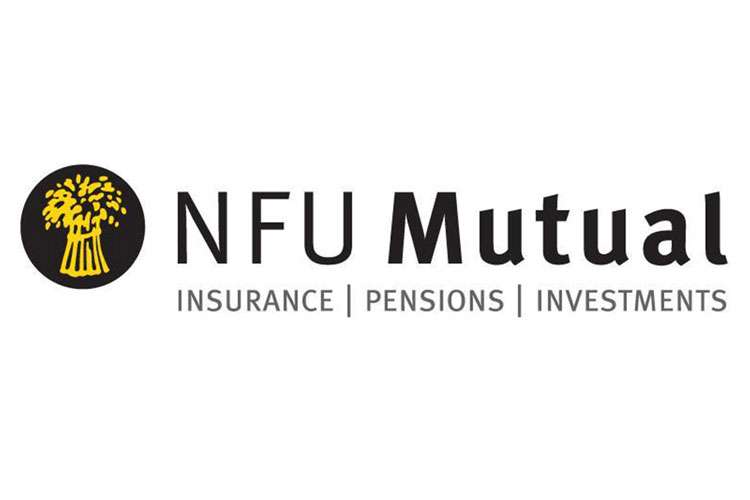 It can’t be accounted for by a small increase in the most expensive crimes either. Over the last 12 months the cost of almost every type of crime has risen in almost every area of the UK. The problems faced by our rural communities are huge, and still growing. We delve into NFU’s annual Rural Crime Report to learn more. 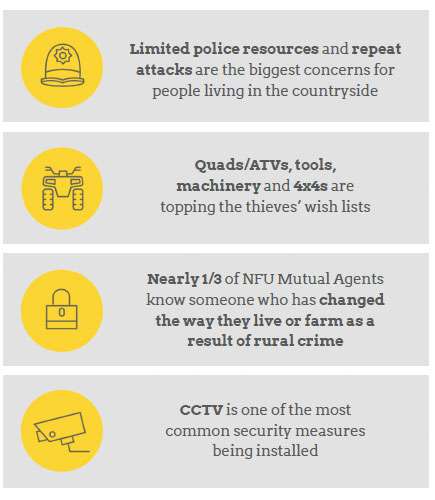 Where the battle is being won and lost

The cost of rural crime is at its highest since 2013. However the picture isn’t quite the same in every part of the UK. In Scotland in particular, the cost of rural crime continues to fall. The North East has also seen a decline in the cost of theft, while Wales, the Midlands and South East have seen sharp increases.
The table below shows which areas have been worst hit. 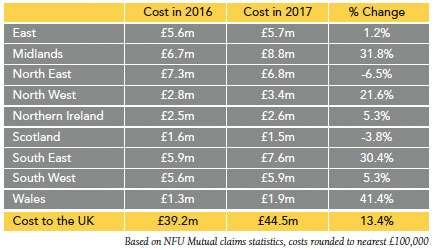 Medieval Solutions to a modern scourge

To protect their crops and keep criminals off their land, an increasing number of farmers are bolstering modern security measures with medieval methods seen centuries ago. When used in conjunction with the latest technology, traditional security can be extremely effective.

Medieval measures being adopted include:

As part of their response to rural crime, Gloucestershire Constabulary has teamed up with local landowners to dig trenches and bunds to stop poachers in their tracks.

The sizes of the earth barriers vary according to the needs of the farmer and the land itself. One farm, for example, has a bund of about three feet tall with a trench two feet deep alongside. The barriers already cover a distance of over a mile.

Improve your own security

With rural crime on the increase, beefing up your security has never been as important as it is today. Good security is crucial for protecting your property and your business. Of course, locking away everything of any value isn’t always practical on a working farm.

But there are many other measures you can take that will make life for the rural thieves as difficult as possible, and will ensure you’re not an easy target. Security for rural properties falls into three main categories. It’s a good idea to do as much from each as you can. 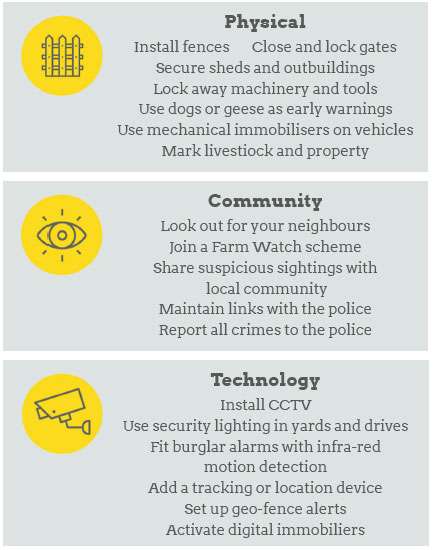 When rubbish is illegally dumped on private land, landowners are often left to deal with the aftermath themselves. The cost of removing the rubbish can run into thousands of pounds. But the impact can be far more than financial. Contaminated waste poses a real threat to the health and welfare of farmers, their livestock and the surrounding environment.

The fight against rural crime

Jim McLaren (Farmer and NFU Mutual Director): “Whether it’s the theft of machinery or livestock, or the deeply frustrating scourge of fly tipping, rural crime has a huge impact on its victims. Having the correct insurance is essential for a good night’s sleep. But even then, the inconvenience and emotional costs are impossible to fully quantify or cover.

Prevention is the best tool we have. The installation of even a basic security system, such as a motion-activated camera directed towards the fuel tank, can be enough to send the opportunistic criminal along the track. Social media also plays a huge part. The ability to share images and details of potentially suspicious activity has been ‘weaponised’ by many countryside dwellers.

On the railways, the campaign ‘See it, Say it, Sorted’ has taken off . The same principal can apply in rural areas, where it is often easier to identify something out of the ordinary. We can all be eyes and ears on the frontline. As a farmer based in Scotland, I am encouraged by the progress made by the joint initiative between NFU Mutual and Police Scotland. The sharing of expertise and intelligence, and a joined-up approach across Scotland, is making it harder for criminals to evade detection simply by moving their activity from one police force’s area to another.”

Managing Director of Select Security, Leon Window: “Rural security is an incredibly important issue. I was recently invited to speak on the topic on national radio. My advice was simple: consider the weak links in your security chain, take the practical steps and don’t wait until the horse has bolted before you take the appropriate security measures for your property or business. If you require any advice, get in contact with the team at Select.”